Sports Therapy Associates, Inc. is an injury prevention, risk reduction, peak performance and safety ROI consulting firm.  Since 1981, Sports Therapy has been applying our expertise in injury prevention to “industrial athletes” – the men and women who rigorously work day in and day out to keep America moving forward. The battle-tested sports medicine protocols that were effectively used with A.C. Green of the L.A. Lakers (who went 14 years without a lost time accident) and hundreds of other elite athletes, were finally available to the general working population.

Bruce Madsen is the founding partner of Sports Therapy Associates, Inc.  Bruce has well over 1,200 speaking engagements with an anonymous survey rating of 9.6 on a 1-10 scale.  He is effective and efficient in the education of others in preventing and treating workplace injury.

Bruce began applying his expertise in 1981 to non-drug, 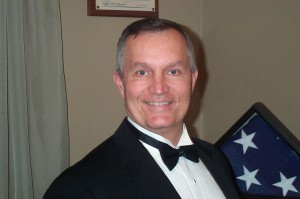 Bruce also acts as the strength and conditioning coach for the national baseball powerhouse, Lewis Clark State College.  During his tenure, LC has been a seven time World Series champion, had 72 players drafted and nine players reach Major League Baseball.

Past accomplishments include being the Human Performance Coach and on the Sports Medicine Staff for the Portland State Football team under Mouse Davis, Don Read, Pokey Allen and Tim Walsh and advisor/mentor to dozens of professional athletes.

These are a few of our clients that have benefited from our seminars and solutions.

I would recommend Bruce to any organization that is interested in reducing soft tissue injuries and the corresponding workers compensation insurance costs.
Wayne Thomas, Corporate Safety, Blazers Arena Project
Since completing the joint injury prevention training, Hoffman has experienced a dramatic drop in workers compensation costs ($.29 per man down to $.09)... The bottom line question to the foreman, "Was it worth the time and money?" Without exception, every foreman's response was positive and enthusiastic.
Brian Clarke, Corporate Safety Director, Hoffman Constructionhoffmancorp.com
Your training has had fantastic results. We have experienced a decrease of over $220,000 of workers compensation costs last year. Our injury frequency has also decreased by 54% this year. Our lost work days have gone from 401 to 60.
Jeffrey Parsons, Corporate Safety Director, SYSCO Corporatesysco.com
PrevNext